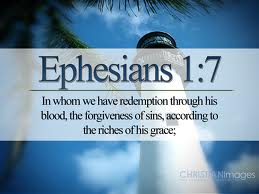 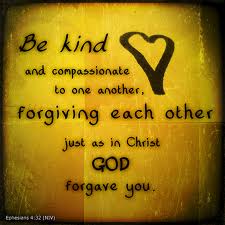 Authorship, Background, and Contents of Ephesians

Paul’s Letter to the Ephesians has long been considered the epitome of his teaching, a virtual summary of Christian doctrine. Well-loved Bible teacher J. Vernon McGee called it “the Mount Whitney of the High Sierras of all Scripture.” The epistle has nourished, taught, and encouraged believers from its original writing.

Its universal appreciation makes it even more puzzling to evangelical believers to discover that the authenticity of Ephesians has been under severe attack since the rise of liberal skepticism in the 19th century. Many liberals have called it a forgery, a summary by some other writer of the teachings of Paul.

Not only is this critical attack surprising to a modern believer, but it is launched against powerful and completely consistent historical evidence of its genuineness. As W. G. Kümmel writes, “without question, Ephesians was extraordinarily well attested in the early Church.” Ephesians is found in every early canonical list (“canonical” = divinely inspired New Testament writings). There are allusions or quotes from Ephesians in the earliest Christian writings, including the book known as 1 Clement, dated about A.D. 95. There are references in the writings of Ignatius and Polycarp in the early second century, and in many others.

Scholar A. Skevington Wood comments on the overwhelming evidence:

It is on such an impressive basis that the case for authenticity rests. When unanimous external attestation is supported by sufficiently convincing internal evidence, we are surely justified in insisting that the burden of proof lies with those who wish to repudiate the Pauline authorship of Ephesians.

So what are the charges that critics make? There are three main lines of attack:

This charge is disputed by conservative scholars. Not only is it based on “subjective gut feel,” it is simply not true. Other students find that similarities with Paul’s style are clearly present.

Along with this, writers of many persuasions have shown the flimsy nature of this kind of analysis. Since when does a writer have only one distinct style? Subject matter and context make a huge difference. The same screen writer who has created a psychological thriller could use a completely different style and vocabulary if writing a romantic comedy. Who would write a technical article in the same style as a friendly letter? Or a love letter? Surely, an intellect as great as the apostle Paul’s is capable of more than one literary style.

First of all, an author has every right to reuse some of his own material whenever he likes, especially for similar situations and times. The charge that Ephesians “has too much material in common with Paul’s other writings” is really rather strange. It seems that critics are saying, “Ephesians is to be considered non-Pauline because it sounds too much like Paul.” A normal person would be excused for thinking these critics are rather hard to please!

To the second part, yes, there are clearly parallels with Colossians (this will be discussed in Background). Scholar Curtis Vaughn points out that three-fifths of Colossians can be found in Ephesians, and says,

We can best account for the similarities of the epistles on the supposition that Ephesians is an expansion by Paul of ideas presented in compact form in Colossians.

If both letters were written at the same time to similar audiences, this is to be expected.

A landmark study by E. Randolph Richards called Paul and First-Century Letter Writing (InterVarsity Press, 2004) makes important scholarly advances in our knowledge of how letters were composed in the New Testament era. Richards demonstrates how writers of the time used secretaries, kept notebooks of material to be used in multiple letters, and made drafts before final copies of important letters were dispatched. If Paul reused material from Colossians in Ephesians, or vice versa, he would have simply been doing what many other literary figures of his time did. It is the exact opposite of proving inauthenticity.

If the charges of skeptics are explored, another inconsistent and puzzling pattern emerges. One critic says that Ephesians is not genuine because it depends on Colossians. Another skeptic says that Colossians is not genuine because it depends on Ephesians. Once again, the accusations of critics seem to wander in a self-contradictory circle. It’s easiest to explain the similarities by common authorship. Paul wrote them both.

This opinion is based on “evolutionary theories” of how early Christianity developed, which are speculative, unproveable, and highly debatable. To assume that the first century church grew in such-and-such a manner (which cannot be observed or examined, and for which there is no historical evidence), and then to say “Ephesians is not genuine” based on those theories turns a “historian” into a writer of fiction. Faithful Christians need not grant the time of day to those who “just know” that their opinions are true in the face of all actual evidence.

In conclusion, A. Skeffington Wood describes the case for the Paul’s authorship of Ephesians:

Its strength lies in the incontestability of the external attestation corroborated by impressive internal testimony. Only an overwhelming conclusive counterargument could disturb the traditional interpretation. Those who reject Pauline authorship appeal to internal data. Even if objections of this kind were to be sustained, the consistent historical authentication of Ephesians would remain as an insurmountable barrier.

Most of the controversy about Ephesians deals with its authorship, which we will now take for granted as being Paul. It is classed with the “prison epistles” (Philippians, Colossians, and Philemon) because of Paul’s comment in 6:20. The date of the letter is likely A.D. 62 from Rome (see “Colossians: the ABCs” for more discussion of Paul’s circumstances, and other suggestions of the place and date of writing).

Paul’s letter to the Ephesians continues to serve as an excellent concise summary of his teaching on Christ, the believer, and the Christian life. Anyone who digests this teaching will find his heart nourished, his mind illumined, and his life enriched.

There is a genuine mystery about Ephesians, but it is not about who wrote it. Paul did. The actual mystery is about to whom he was writing.

To a new student this sounds strange. After all, it’s entitled “to the Ephesians,” isn’t it? The answer is: No one knows for sure.

In the earliest and highest quality ancient Greek manuscripts, the words “to the Ephesians” are missing. There is actually a blank space. This is not only evidenced by those manuscripts. Early Christian writers commented on it as well. Yes, as time went on, all later copies included the address, but this seems to be a matter of growing convention rather than accuracy.

Ephesus was the capital of the Roman province of Asia, which comprised approximately the western fourth of modern Turkey. It was a large and important city on the coast of the eastern Mediterranean. Historians now know that there were over 230 independent communities in this province. Paul had an extensive ministry there around the years A.D. 54-57, and the church dramatically grew both in Ephesus and throughout Asia, as Paul’s disciples went forth and evangelized. For example, we know of one individual by name, Epaphras, who founded the church in Colossae (see Colossians 1:7), in the Lycus River valley about 100 miles east of the capital.

It is easy to imagine this scenario being duplicated in dozens, if not hundreds, of other communities in this province: Small churches springing up as faithful believers shared the good news. The apostle would have been thrilled with the news, but it also created a problem for him: With all his traveling, and now being imprisoned, how could Paul personally provide these multiplying churches with a sound doctrinal foundation? Ephesians was likely the result.

The most likely reason for the blank space in the earliest manuscripts is that Ephesians was actually a circular letter, or an “encyclical,” meaning a letter written to be circulated throughout a whole region, in this case to all the churches in the province of Asia. Ephesus being the capital city, is easy to imagine how the “to the Ephesians” became attached. If Paul were to write a letter to all the churches in north Texas, it would be natural for it to become known as “Paul’s letter to the Dallasites.” It’s likely it would take on this name, in spite of the fact that it was also sent to congregations in Grapevine, Lewisville, Denton, Coppell, and Plano.

In Colossians, Paul tells them,

After this letter has been read to you, see that it is also read in the church of the Laodiceans and that you in turn read the letter from Laodicea. (Col. 4:16)

If you have never heard of “Paul’s letter to the Laodiceans,” it is for good reason. There is no letter known today by that name. Though this cannot be decisively proven, it seems likely that Paul is referring to the circular letter we know as Ephesians (interestingly, one second century list does name a letter “to the Laodiceans” while appearing actually to refer to Ephesians).

Quoting from “Colossians: the ABCs”:

This is why Paul wrote two letters at the same time. Colossians was created to address a church’s specific problems. Ephesians was composed to teach many churches general truths every believer needs to know. That explains why Ephesians shows a lack of specific circumstances or problems addressed, and why it seems in a way “impersonal.” It’s certainly not impersonal in the sense that Paul is sharing from his heart about the riches that Christ has accomplished for every saint, and about the kind of living by which believers can glorify him.

Though only six chapters in length, Ephesians is jam-packed with theological meat and practical instruction. It does not take very long to read it through, but the ideas are profound enough to occupy one for a lifetime.

Praise be to the God and Father of our Lord Jesus Christ, who has blessed us in the heavenly realms with every spiritual blessing in Christ. (1:3)

Chapters 1 — 3 can be understood as a commentary on this one verse: What it means that God has given us “every spiritual blessing in Christ.” Second:

As a prisoner for the Lord, then, I urge you to live a life worthy of the calling you have received. (4:1)

Chapters 4 — 6 go on to explain what it means to live in such a way that Jesus Christ is glorified.

Here are some of the main themes explored in the letter:

Deep theology is the best fuel of devotion; it readily catches fire, and once kindled it burns long.

While there are many places in the Word of God to find “deep theology,” Ephesians may be the most concise and concentrated collection of spiritual truth about Christ in the Bible. Not only will the reader learn a tremendous amount in a short investment of time, he or she will find a bold and life-changing presentation of how great is God’s love for us in Christ.

Take an absolute plunge into the love of God, and when you are there you will be amazed at your foolishness for not getting there before.

There are few places in the Bible where you can take a plunge into the love of God more refreshing than Paul’s Epistle to the Ephesians.