The letter opens with “Paul, an apostle of Christ Jesus by the will of God, and Timothy our brother, to the holy and faithful brothers in Christ at Colossae” (1:1-2). In the early Christian centuries, there were no controversies over the authorship or authenticity of this letter. Questions about Paul’s authorship only arose for the first time in the radically skeptical decades of the 19th century, mainly on charges of non-Pauline language. These have been almost entirely put to rest by further scholarship and discoveries. Today there is widespread acceptance of the letter as coming from Paul.

A unique feature of Colossians is that it has a companion letter, Paul’s Letter to Philemon, written to a man in Colossae who was a convert and friend of Paul. The two letters were carried and delivered at the same time. One of the bearers of the letters was a runaway slave of Philemon named Onesimus. From Philemon we can see what happened. Onesimus had run away from his master, and possibly stolen money or goods in the process. He had somehow encountered Paul, through whom he heard the gospel and believed. Paul now was sending him back home to confront his master, and wrote to appeal for forgiveness for the runaway. Along with these, Paul’s Letter to the Ephesians is a sister letter, being written about the same time with many parallels to Colossians.

The town of Colossae was located at the eastern edge of the Roman province of Asia (roughly the western fourth of modern Turkey), in the Lycus River valley about 100 miles from the capital city of Ephesus. There were two other nearby towns, Laodicea (ten miles away) and Hierapolis (thirteen miles away). There were Christian communities in these cities as well, and both are named in Colossians.

The date of the letter depends on its place of origin, and that is somewhat uncertain. Paul makes it plain in both Philemon and Ephesians that he is imprisoned at the time of writing, but no date markers are given. Throughout the Christian centuries it has been largely assumed that these three letters (plus Philippians) were written during Paul’s first imprisonment in Rome, which is described in the last chapter of the book of Acts. That would place the time of writing between the years A.D. 60-62. In recent decades some scholars have proposed that Paul wrote these letters from Ephesus, which would place them sometime in the years A.D. 53-55. The main reason for this suggestion is that travel between Ephesus and the Lycus Valley would be much easier than travel to and from Rome. This proposal has generated little traction, however. Travel in the Roman Empire was then easier than at any time in history until the invention of modern mechanized transportation. Also, there is no record of Paul being imprisoned in Ephesus, so it is based on sheer speculation. The most likely time and place of writing remains the traditional answer of about A.D. 62 from Rome.

Evidence within Colossians makes it quite clear why Paul is writing. A characteristic this letter shares only with Romans is that Colossians is written to a church Paul did not found and had never visited.            Paul tells us that the Colossians learned about the gospel from his coworker Epaphras:

All over the world this gospel is bearing fruit and growing, just as it has been doing among you since the day you heard it and understood God’s grace in all its truth. You learned it from Epaphras, our dear fellow servant, who is a faithful minister of Christ on our behalf. (1:6-7)

Paul also says he is personally unacquainted with them as a group:

I want you to know how much I am struggling for you and for those at Laodicea, and for all who have not met me personally. (2:1)

We can imagine, though not prove, how this happened. Paul may have met and won Epaphras to the Lord during his ministry in Ephesus during A.D. 53-55. Epaphras, like many of Paul’s converts, traveled from there preaching the gospel to others. It would be natural for these disciples to return and report to Paul about the fruit being born by the gospel in other places. This news brought great joy to the apostle.

In this case, however, Epaphras also brought back some disturbing information. After receiving the message with joy and giving evidence of spiritual life and growth, some members of this Christian community were being disturbed by false teaching. Epaphras was deeply concerned, and he sought Paul’s help in combating the problem. This letter is the result.

Nothing was more important to the apostle Paul than Jesus Christ: Who He is, what He did, who we are as a result. All these things were being challenged in Colossae, and Paul arose to defend the gospel and the Lord’s people from a dangerous counterfeit.

The relationship between Colossians and Ephesians has already been mentioned. According to Edgar J. Goodspeed, “three-fifths of Colossians is reflected in Ephesians.” Though they discuss many of the same truths, the two letters present them in different ways. Curtis Vaughn writes, “We can best account for the similarities of the epistles on the supposition that Ephesians is an expansion by Paul of ideas presented in compact form in Colossians.”

A challenge for us is that we have only Paul’s side of the discussion. What the other side was teaching we can only piece together through Paul’s counterarguments.

Much ink has been spilled trying to identify “the Colossian Heresy.” In truth, no one knows for sure (for more information, see the page entitled, “What Was the Colossian Heresy?”). Even so, always remember that it’s far more important to understand the truth than to be able to describe every error!

While we can’t answer every question, we can get the general drift of what the false teachers were saying. First and foremost, the opponents were attacking the supremacy of Christ. H. C. G. Moule writes,

One thing is certain as to the “Colossian Heresy.” It was a doctrine of God and of salvation that cast a cloud over the glory of Jesus Christ.

The spotlight is firmly fixed on Jesus Christ throughout the letter. In 1:15-22, the Son of God is identified as the Creator of all things, supreme over all things, the purpose and goal of all creation, the Redeemer of mankind, the Reconciler of the universe, the firstborn from the dead (first man to be resurrected and glorified), the Provider of eternal salvation, and more. In 2:9 Paul leaves no doubt as to Christ’s identity:

For in Christ all the fullness of the Deity lives in bodily form.

He is saying, in other words, that everything that can be included in the name “God” can be found in the Son of God, Jesus Christ. There can be no person or authority higher than He.

Paul then describes in verse 10 the completeness of Christ’s work on our behalf:

and you have been given fullness in Christ, who is the head over every power and authority.

If Christ is “the fullness of the Deity in bodily form,” then no one can be greater, and there is no need to go to anyone else. If in Christ you have been made complete (“been given fullness”), you need nothing else for salvation or life. You have everything you need for life and godliness. This is the heart of the gospel.

But from unnamed sources, some contrary ideas had arisen. Curtis Vaughn writes,

… there was a “Christian” element in the Colossian error. While at its heart it was a combination of Judaism and paganism, it wore the mask of Christianity. It did not deny Christ, but it did dethrone him. It gave Christ a place, but not the supreme place. This Christian facade made the Colossian error all the more dangerous.

The false teachers in Colossae were asserting that, based on their “superior knowledge” and perhaps their mystical visions, the average Christians were somehow missing the real thing. They needed to apply rigorous self-denial in pursuit of visions for themselves. They needed (said the false teachers) to keep stringent rules and regulations. Even more, they said, Christ was not enough. Other spiritual beings, such as angels, could be of greater help in their “spiritual journey.” Whatever the false religious system was, it included elements of Greek philosophy and mythology, and Jewish law-keeping — all while claiming to give Christ a place of (lesser) honor.

Thus Paul writes the central warning of the letter in 2:8:

See to it that no one takes you captive through hollow and deceptive philosophy, which depends on human tradition and the basic principles of this world rather than on Christ.

Christians in our time need this warning just as much as the original recipients of this letter. The agenda of our Adversary, the devil, remains the same. He still desires to pull Christ down from His exalted, supreme position in our minds and hearts. He still desires to prevent believers from discovering and living in their complete acceptance through the work of Christ. He cannot change these facts, but he hopes to prevent us from enjoying them and living in light of them.

When you read Colossians, keep your eye open for these major themes:

Though this letter is short, only four chapters, it is packed with spiritual power and nutrition. In the words of A. T. Robertson, Colossians is Paul’s “full-length portrait of Christ.” You’ll find life-transforming power in its pages. 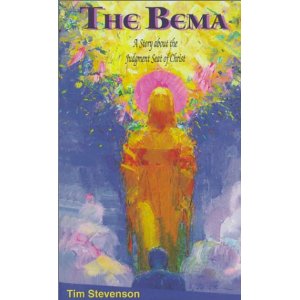