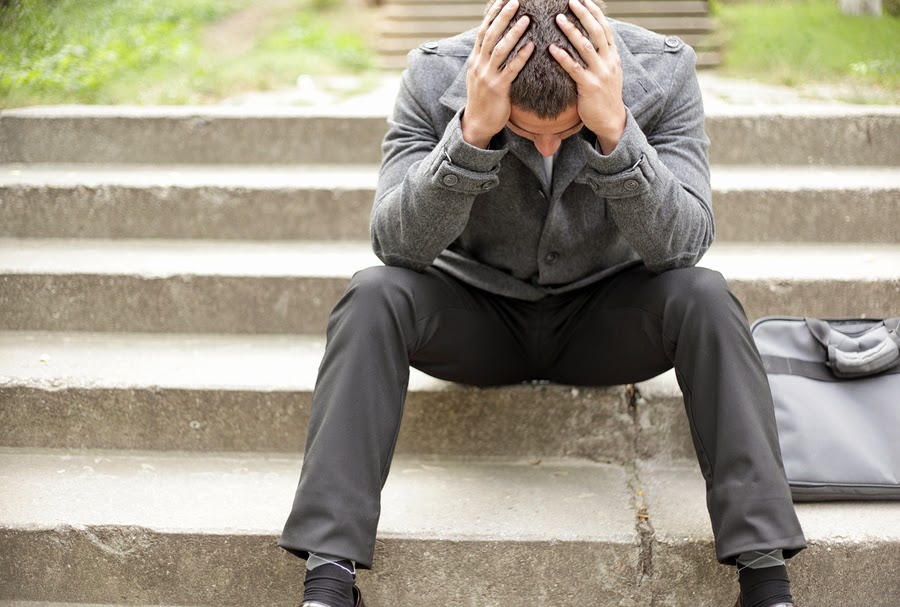 I don’t know if you have ever felt it, that feeling of complete and total failure.  It’s one of the worst feelings I have ever experienced.

Many struggle with it.  Jobs lost, marriages ruined, relationships destroyed, children alienated.  All of these make us aware of our weakness and failure to do those things well, to be a success at something…at anything.

There is a partner to failure, it’s depression.  It may be, at times, that the depression arrives first and failures are then unavoidable, but that’s just a thought I’ve been dwelling on for a while.  I’ve noticed as well that I find myself feeling an overwhelming sense of failure when there is really nothing wrong at all.  It’s a terrible cloud, but one that plagues us all at times if we are honest.

We each struggle with failure.  We don’t think we are pretty enough, happy enough, successful enough, good enough, that we don’t have enough friends, enough money, that we don’t do anything “important”.  On the list goes, but in the midst of whatever we do many of us feel the tug of failure pulling us down constantly whispering in our ears…”you’re not good enough, you won’t make it, you don’t fit in, you won’t get that job.”

Knowing that this cloud hangs over us all at times makes it clear why we so desperately need God.  Our expectations and goals are far above our abilities and so we live with the high jump bar at 20′ knowing the highest we have ever jumped is 5′.  Failure is sure. Doom is near.

At least that’s the way it feels.

Then comes Jesus to deal with all of this in the gospels.   In those amazing encounters with failures he embraces them, loves them, forgives them.  He tells them he really likes them!  He loved eating with “sinners” and they loved him.  Why?  Because as bad as the world considered them to be and as bad as they felt about themselves there was one person who loved them and really liked them….Jesus.

The rich young ruler, the woman caught in adultery, the leper begging for help, the tax collectors, the foreign mother with a sick child and so many more.  All of them, if they could tell us their stories, would admit they felt like failures, but there was one who didn’t see them that way.  He really loved them….even in their mess.  He enjoyed their company…even when the “religious people” wouldn’t even look at them.

I’m really glad that the story of Jesus is the story of God loving broken, struggling, failing people.  People like you and me.

Here’s what God says about people like us, the failures of the world,

1 Cor. 1:26 Remember, dear brothers and sisters, that few of you were wise in the world’s eyes or powerful or wealthy when God called you. 27 Instead, God chose those the world considers foolish in order to shame those who think they are wise. And he chose people that are powerless to shame those who are powerful.28 God chose the ones who are despised by the world, some of us considered as nothing at all, and used us all to bring to nothing people the world considers important. 29 As a result, no one can ever boast in the presence of God.30 God has united you with Christ Jesus. For our benefit God made him to be wisdom itself. Christ made us right with God; he made us pure and holy, and he freed us from sin. 31 Therefore, as the Scriptures say, “If you want to boast, boast only about the Lord.”

So, if you find yourself struggling with self-doubt, the cloud of failure, failing at everything, failing at anything….know there is a God who loves people like you and me.  Isn’t that great?