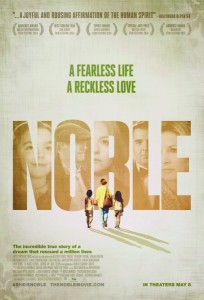 Winner of six U.S. film festival awards, including the Panavision Spirit Award at the Santa Barbara International Film Festival, the powerful biopic drama written and directed by Stephen Bradley is heralded by critics as “raw and genuinely powerful,” “captivating” and “moving.” The Hollywood Reporter calls it “a joyful and rousing affirmation of the human spirit that will resound widely.”

When you see this movie, we’d love for you to share your opinion with us below!