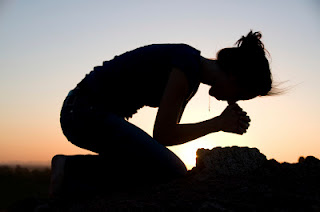 “Being found in appearance as a man, He humbled Himself by becoming obedient to the point of death, even death on a cross. For this reason also, God highly exalted Him, and bestowed on Him the name which is above every name, so that at the name of Jesus every knee will bow, of those who are in heaven and on earth and under the earth, and that every tongue will confess that Jesus Christ is Lord, to the glory of God the Father.”  -Philippians 2

One day, and it’s coming soon, every knee will bow at the name of Jesus and confess he is Lord. That is the claim of the the Bible as it speaks of what Jesus did and who he is.

Every knee will bow.  This is a claim of exclusive nature.  It’s a claim that Jesus, and Jesus alone will be worshipped one day as Lord of heaven and earth. That’s why Jesus is the lightning rod of so much conflict and discussion.

If he is who he claimed we all must worship him.  If he isn’t then any other religion will work just fine. But this claim from Philippians demands attention.  It forces us to make a decision- either he is Lord or he isn’t.  He doesn’t get a “nice guy” pat on the back and “glad you were a good man” claim.  That is not an option.

If he was and is who he claimed and this passage will one day be reality (as I believe it will) then every knee will bow and worship Jesus as God.

No matter your religious faith this claim is profound!  It’s a claim that one day Stalin will bow his knees to Jesus, one day the Pope will bow, Muhammad will bow, Buddha will bow, Charles Darwin will bow, Richard Dawkins will bow, Gandhi will bow, every man, woman, boy and girl of all history will bow and worship him as Lord.

One day we will see all the “greats” of time and history  on their knees before the King of Kings and Lord of Lords.  If the bible is true it would be the wisest choice of your life to bow your knees now and worship the one who claimed to be God because one day we all will bow our knees and worship him.  Why not start now?